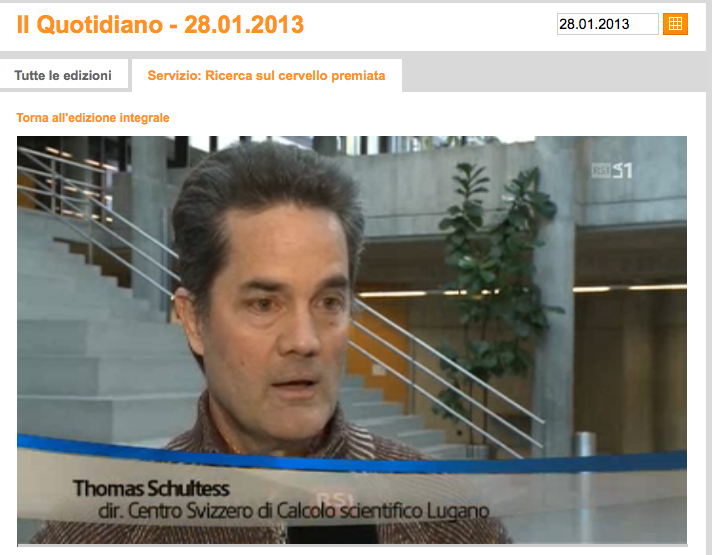 Yesterday the European Commission has confirmed the news already published by Nature last Friday, that the Human Brain and the Graphene projects are the two European projects awarded with 1 billion Euros over a period of 10 years. One of the partners of the Human Brain Project led by Professor Henry Markram at EPF Lausanne is indeed the Swiss National Supercomputing Centre (CSCS) in Lugano. CSCS director Thomas Schulthess sees the involvement of CSCS twofold:  First, CSCS will coordinate the four supercomputer centres participating in the project, and second, CSCS will develop the simulation platform in collaboration with EPF Lausanne.

Thomas Schulthess was interviewed twice, first by RSI, broadcast on radio , and later by RSI LA1, broadcast on TV in  “Il quotidiano” » (both in Italian).