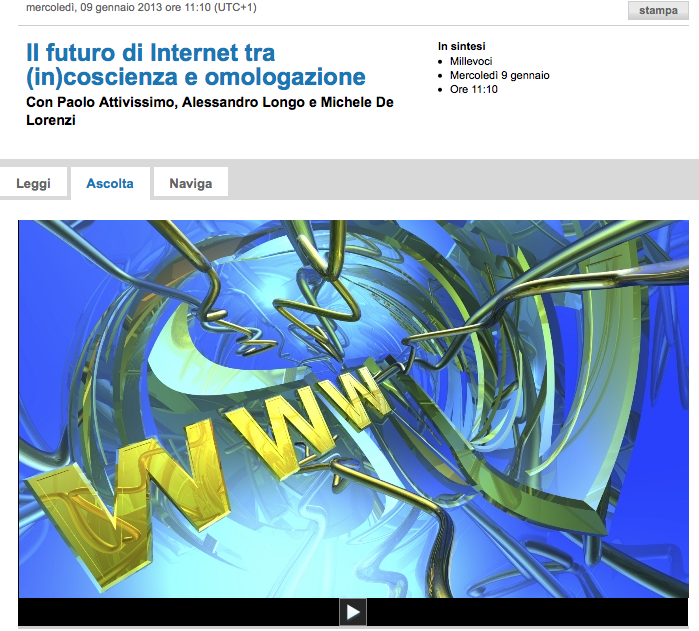 On January 9th 2013 CSCS participated in the RSI RETE UNO radio program “Millevoci” to discuss the future of internet. Nicola Colotti invited CSCS associate director Michele De Lorenzi and two experts of new technologies, communication and internet Paolo Attivissimo and Alessandro Longo to try to answer questions such as “are computers going to to develop an independent intelligence? like Hall 9000 in ’2001 A space Odyssey’ by Kubrick?”. “Can we expect that one day internet itself can develop a self conscience and a life of its own?”. In other words, the scenarios often described in science fiction movies are really going to remain science fiction or sooner or later they will become reality?  These and many other questions are the focus of this 50 minutes broadcast. (Listen » in Italian only)