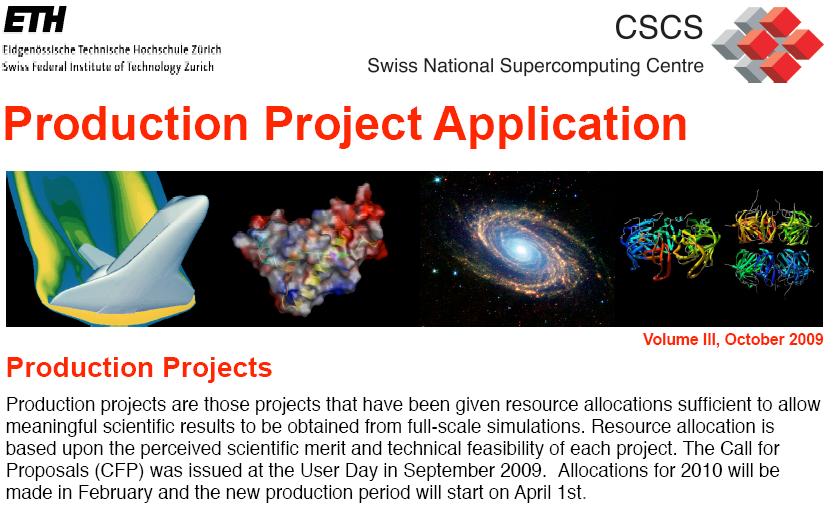 CSCS is calling for production projects for 2010 which have to be submitted by November 23rd, 2009.

As CSCS annouces, in 2010 there will be a total of approximately 150 million CPU hours for production projects on its HPC systems.

Following dates have been communicated: