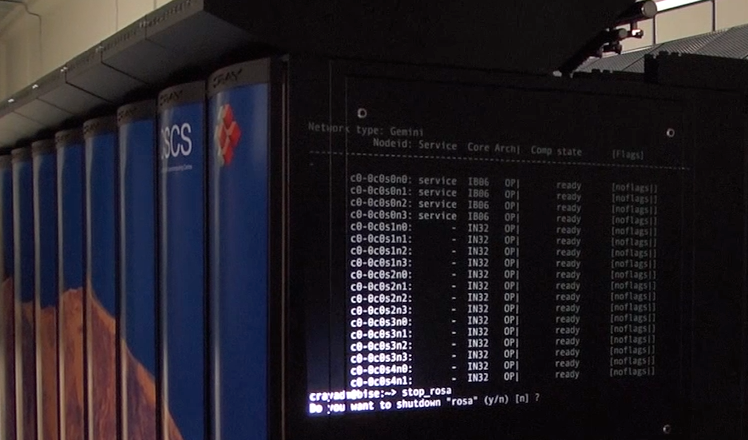 With a short but felt ceremony CSCS powered down the Monte Rosa supercomputer. The command to switch-off Monte Rosa for the very last time was given by Fabio Verzelloni, one of its system administrators. During the well-attended ceremony both by CSCS and Cray staff Michele De Lorenzi interviewed Mario Mattia from Cray, Thomas Schulthess Director of CSCS, Maria Grazia Giuffreda, Head of User Engagement & Support and Ladina Gilly, Head of Business Services.

Monte Rosa was initially installed in 2009 in the old CSCS location in Manno as a Cray XT5 and was then updated in two steps to a Cray XE6. In 2012 Monte Rosa was  moved to the new CSCS’ building in Lugano.

Have also a look to the movie with the initial installation of Monte Rosa in Manno.