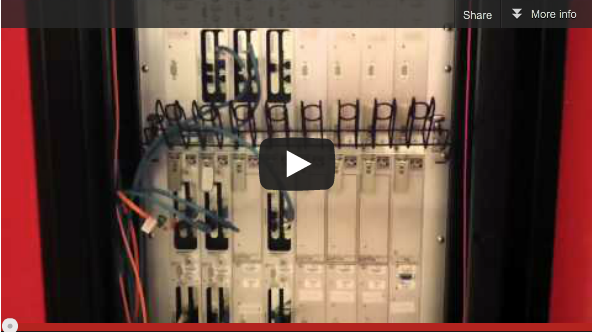 In early 2012, the Swiss National Supercomputing Centre (CSCS) moved from its original location in Manno to Lugano city, a few kilometers away. The last computer to be powered off in Manno was Buin, a Cray XT4, which for the last years had computed the numerical weather forecast for MeteoSwiss every three hours, through simulations based on the COSMO model.

The move from Manno to Lugano began at the end of March, and was formally completed three months later with the shutdown of Buin. In spite of a very ambitious schedule, the move progressed well and all milestones were met on time. The impact on the end users was reduced to a minimum: Monte Rosa, the largest production system, was off line for just two weeks, the GPFS file system was always available, and not a single run of the numerical weather forecast was lost. This was only made possible thanks to the full commitment of CSCS staff and their external service providers.

In the following movie you can see Davide Tacchella — in an almost empty machine room — sending the shutdown command to Buin and powering off the Cray, closing a chapter of 20 years of supercomputing history in Manno. It was an emotional moment, but marks the beginning of an exciting new chapter of our story, at our brand new location in Lugano.