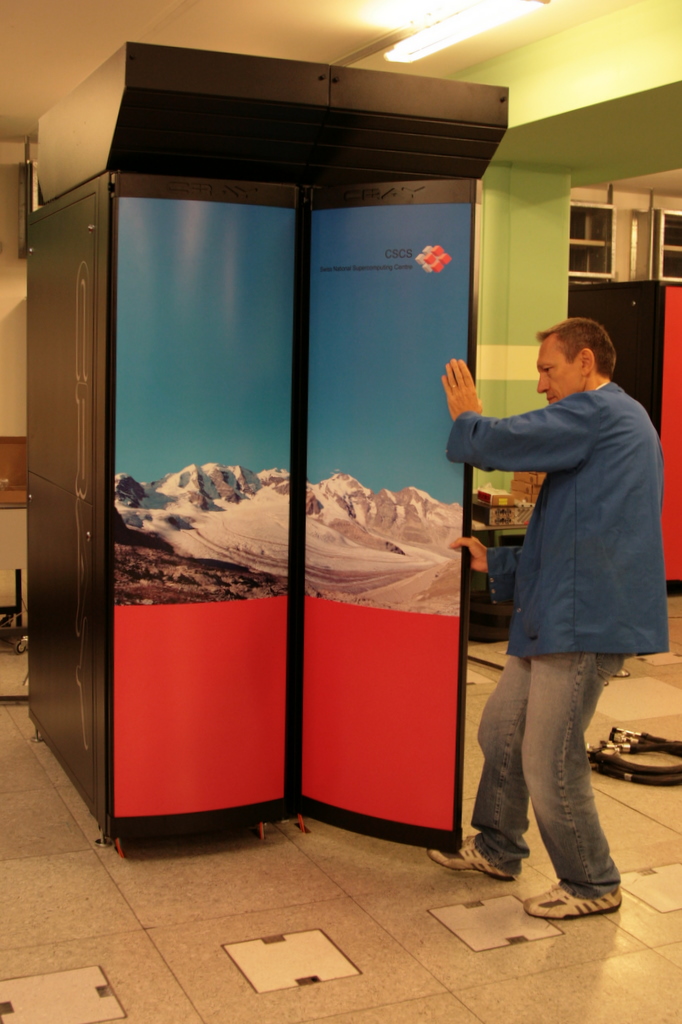 On September 2, 2010 the second cabinet of the Cray XE6 arrived and was installed at CSCS. Both cabinets are identical and will be interconnected to build a single large system.

Continuing the tradition of CSCS, the Cray XE6 has been given the name of a Swiss mountain, in this case Palu. The Piz Palü is a mountain in the Bernina Range in the Canton of Graubünden. There are three summits on its ridge, the highest being 3’901 m high.

We should note that this has been the first installation in the world of a Cray XE6. CSCS and selected users have already run first benchmarks on Palu and they have been very promising. Palu will subsequently be made available to all users starting this week.

The second cabinet of Palu has been financed by the Università della Svizzera Italiana (USI) and will be used in particular by researchers of the Insitute of Computational Science of Prof. Rolf Krause.

The next two photos show the arrival by truck of the cabinet at CSCS and the installation of the second door with a nice representation of the Piz Palü.