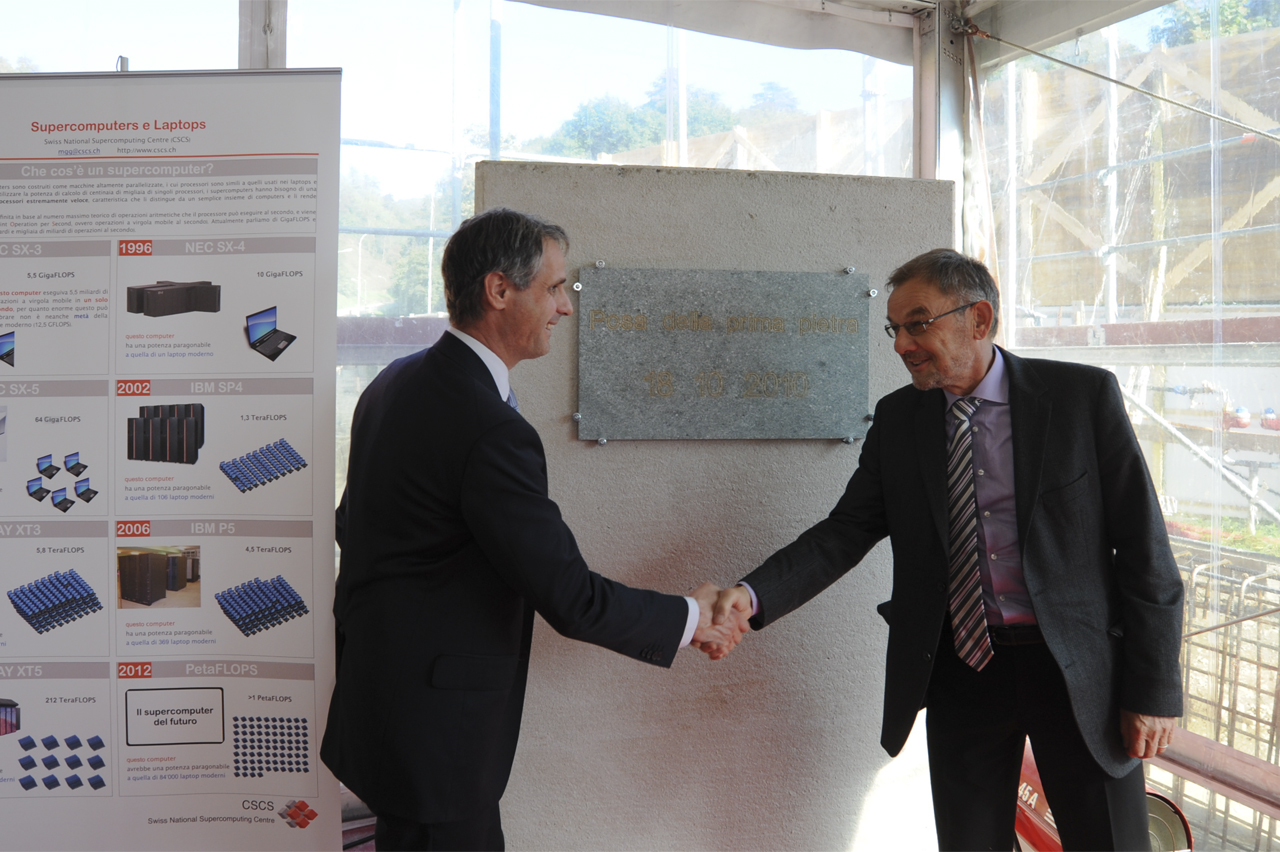 Monday, October 18 has been an important day for  the implementation of the Swiss National HPC Initiative (HPCN).  In Lugano Cornaredo there was the ceremony for the laying of the foundation stone for the new CSCS building. The ceremony has been attended by representatives of ETH Zurich, the Canton of Ticino, the City of Lugano, Implenia (the construction contractor) together with a lot of other guests. The total investment for the new building will be about 80 millions CHF. The new center is needed to host the future national supercomputer with a computing capacity of some petaflops and a power consumption of up to 5 Megawatt (the existing building in Manno is limited to less than to 2 Megawatt). Special attention has been put to reducing the energy consumption of the whole center. The offices will be build according to the Minergie standard and the supercomputer will be cooled using water from the lake of Lugano. The excess heat will be made available to the city of Lugano.

The new building in Lugano should be ready by the end of 2011 and the relocation from Manno to Lugano ought to be done by mid 2012.