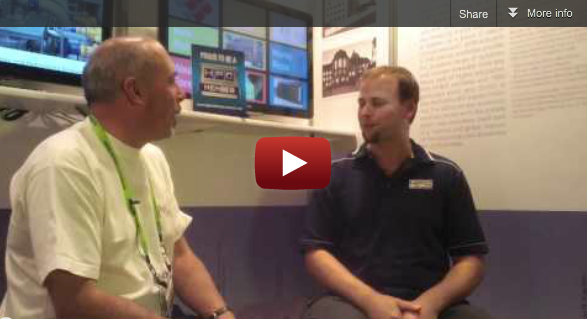 Brian tells us that the HPC Advisory Board is an open community that was started in 2008. Now, just three years later there are 270 members worldwide, a variety of ISV, OEM, independent Hardware vendors, as well as all the different end users both in academia and in research. All members come together for a common goal: being able to take advantage of HPC technologies and make them very easy to use.

According to Brian, CSCS is an important partner for the HPC Advisory Board for a number of reasons. CSCS has been the first center of excellence outside the USA, followed by China. These centers are basically providing tools and outbound activities to be able to promote HPC to users of all kinds. In the last two years the HPC Advisory Board together with CSCS have organized together three days hands-on workshops in Lugano.

The third annual workshop will be organized again with CSCS and will take place on March 13-15, 2012 in Lugano. The same place has been already booked  for the fourth workshop in 2013. This is a great workshop not only for people in Switzerland but also in the surrounding countries to get in and have nice three days of heavy information in terms of MPI, parallel programming languages, GPU, storage technology, network topologies, and some hand-on clustering. At the end there will also be a little competition and some great prizes.

Brian also recognizes the importance of hpc-ch as media partner for the HPC Advisory Council. hpc-ch covers not only the workshop in Lugano but also the workshop in the ISC time frame.

We look forward to meeting Brian and the HPC Advisory Board in March 2012 in Lugano.