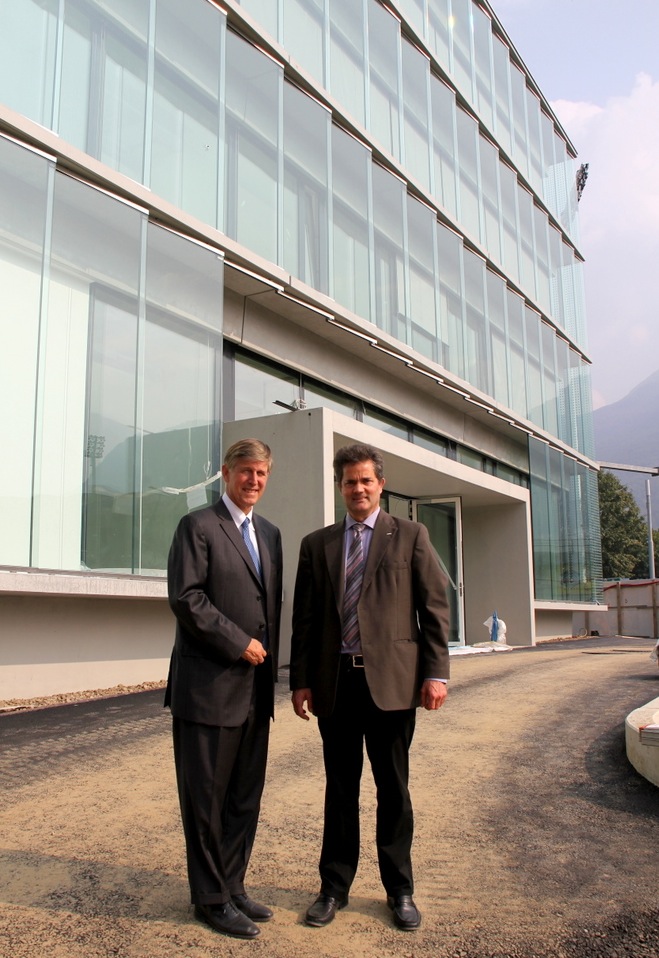 The American ambassador Donald Beyer was given a glimpse into the computer infrastructure and day-to-day work at CSCS. A technology and science enthusiast, the diplomat was suitably impressed.

American Ambassador Donald Beyer and Henry Bisharat, a counsellor of political and economic affairs, arrived at CSCS (Swiss National Supercomputing Centre) on Thursday October 6th morning. After the diplomat, who is interested in technology and science, kept reading and hearing about CSCS, he decided it was high time he saw it for himself. In doing so, he also seized the opportunity to compare notes with American CSCS staff members in a laid-back atmosphere.

Beyer was enthusiastic: “Once again we discover that Switzerland ‘punches above its weight’. From processing the Swiss weather forecast to unravelling CERN data, from the Higgs Boson search to analyzing large amounts of complex data, CSCS is on the cutting edge of supercomputing worldwide.”

CSCS reported with additional information and details about the visit »