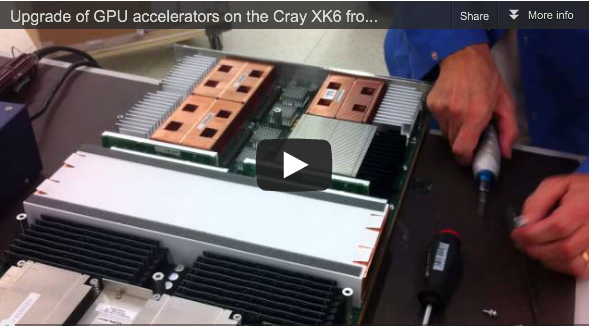 In October CSCS upgraded the accelerators of the “Tödi” system from NVIDIA Fermi X2090 (Cray XK6) to Kepler K20X (Cray XK7). Have a look at how Cray staff replaced the old graphical processing units with the new ones.