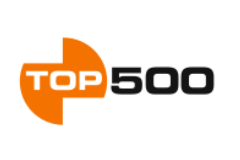 The 34th TOP500 List has been released November 17th in Portland, Oregon at the SC09 Conference. Switzerland has been able to improve its general placement in the list of the most powerful supercomputer worldwide.

For the first time since ever Swizerland has been able to place five system in the list with the following LINPACK performance peak:

for a total of 346,8 TFlops. Compared to the number of inhabitants this places at the third position worldwide and as the first in Europe (numbers are Gigaflops pro inhabitant):

The good placement of Switzerland is a first result of the additional awareness for HPC and the first results of the implementation of the national HPC strategy (HPCN). Even if the placement is very good we have not to forget that Switzerland has one of the highest density of researchers worldwide at that the country is higly depending on the results of research for its prosperity.