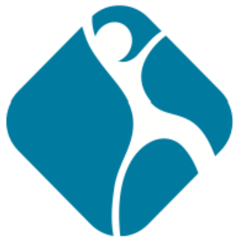 The Human Brain Project, recently awarded a 10 year grant by the EU Commission, will pull together all our existing knowledge about the human brain and to reconstruct the brain, piece by piece, in supercomputer-based models and simulations. In a special session at the 2013 International Supercomputing Conference, scientists working on the Human Brain Project will discuss their vision and roadmap for computing.

The brain, with its billions of interconnected neurons, is without any doubt the most complex organ in the body and has long fascinated researchers attempting to understand all its mysteries. The Human Brain Project will attempt to simulate the complete human brain, offering the prospect of a new understanding of the human brain and its diseases and of completely new computing and robotic technologies.

Federating more than 80 European and international research institutions, the Human Brain Project is estimated to cost 1.19 billion euros. It will be coordinated at the Ecole Polytechnique Fédérale de Lausanne (EPFL) in Switzerland, by neuroscientist Henry Markram with co-directors Karlheinz Meier of Heidelberg University, Germany, and Richard Frackowiak of Centre Hospitalier Universitaire Vaudois and the University of Lausanne. The project will also associate some important North American and Japanese partners.