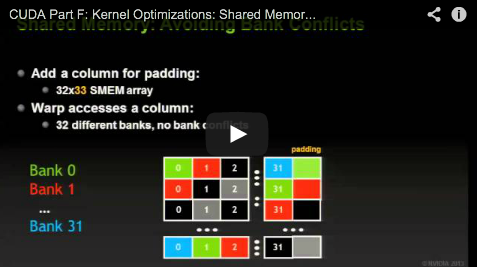 CSCS organized in December in Lugano a 3-day training course on GPU programming.

Experts from Cray and NVIDIA, together with CSCS staff teached participants the basics of programming in the latest versions of OpenACC and CUDA, together with tools for code debugging and parallel performance analysis.

Introduction to CSCS and the Course; Themis Athanassiadou (CSCS) »

An introduction to OpenACC by Alistair Hart (Cray)

Getting the best out of Hybrid Performance Tools; Jean-Guillaume Piccinali (CSCS) »

Getting the best out of Hybrid Debugging Tools; Jean-Guillaume Piccinali (CSCS) »