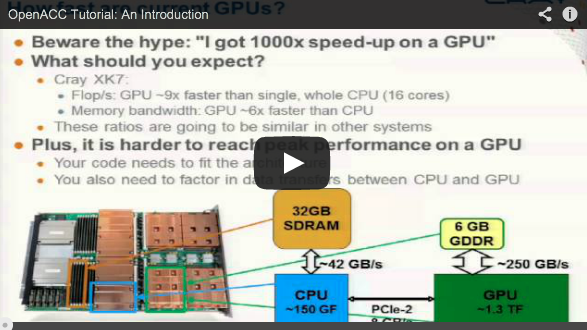 The course instructors were Alistair Hart from Cray and Peter Messmer from NVIDIA. Overall the participants were very satisfied with the course organization, the instructors and the topics addressed during the course.

In the next couple of weeks we will publish the videos of the various tutorials presented during the course. The first and half day was dedicated to OpenACC and the remaining half day to CUDA.

After a short general introduction, this first post focuses on how to use the Cray programming environment, followed by the OpenACC basics and porting examples.