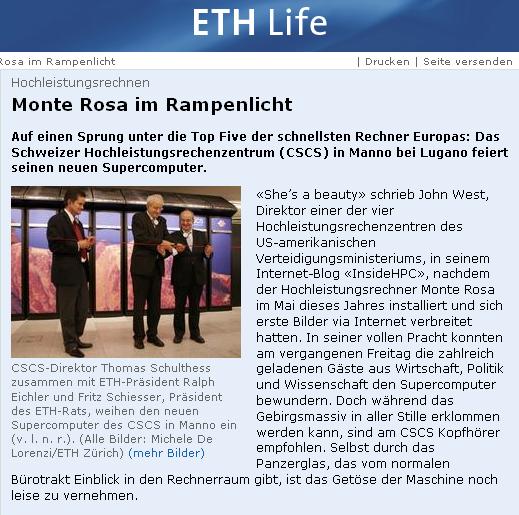 ETH Life reports on CSCS being the third fastest supercomputing centre in Europe: