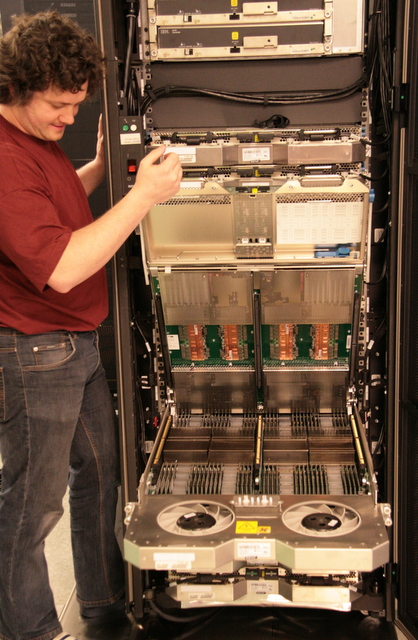 This computer has been named after Mont Blanc in the French-Italian Alps, elevation 4807 m and his last configuration has been the follow:

Blanc was mainly used for high-memory jobs and for problems with limited scalability due to the size of the studied systems and the properties of interest.

The next photo depicts the interconnect of Blanc being based on InfiniBand.